News » Political Correctness » Looking Back at the Paris Riots: From Celebrations to Chaos

The highly contested World Cup final between France and Croatia, a global event watched by millions of spectators, resulted in what are now being called The Paris Riots. While 80,000 fans spectated inside the grand Luzhniki stadium in the Russian capital, vast crowds of people filled the streets of Paris and Zagreb to enlighten the atmosphere of these great cities and to support their national team. This may be a sign of hope for proud nationalists who are witnessing the celebration of national identity in the figures of their football teams with national flags waving proudly throughout the large crowd.

The match resulted in a victory for the French national team. You may have thought that this will have lead to a real sense of celebration in the city of love, where the liberals can use the result to preach about the cultural diversity within Paris, through the ranks of the national team which is made up of Africans, Algerians and native French. However, thanks to France’s ‘cultural diversity’ and all the commotion and celebrations, it was instead the perfect opportunity for the ever-so-enriching citizens to take what they believe is theirs.

The night soon turned to mayhem when all these migrant men begun to loot shops, overturn vehicles and throw inanimate subjects senselessly everywhere for generally unknown reasons.  This has caused the police to intervene using teargas which incidentally affected the news reporter, Joy Reid from 1 News who was covering the victory celebrations on the French Champs Elysee.

Despite this having meant to be a celebration, this reaction was of course nothing new to those who view alternative media. There have been riots occurring within France that have been going on for several months in several French cities involving migrants. Of course, this is a fact, but when is this fact finally going to sink in to the rest of the population when they full well knew they had the chance to elect Marine Le Pen but instead chose a globalist who seemed to love receiving all the attention from his appearance at the medal presentation, post-match?

Overall, if these riots continue it may lead to a French civil war and you can see from looking at the twitter accounts of the presidential candidates for 2017, that one of them is willing to acknowledge these issues and prepare for the uncomfortable future, while the other, the victor of the candidacy, prefers to revel in the position which grants him access to all this privileged hospitality, where he enjoys the comfort of virtue signalling as he knows the threat of Islamisation and immigration will not affect him in his quarters. 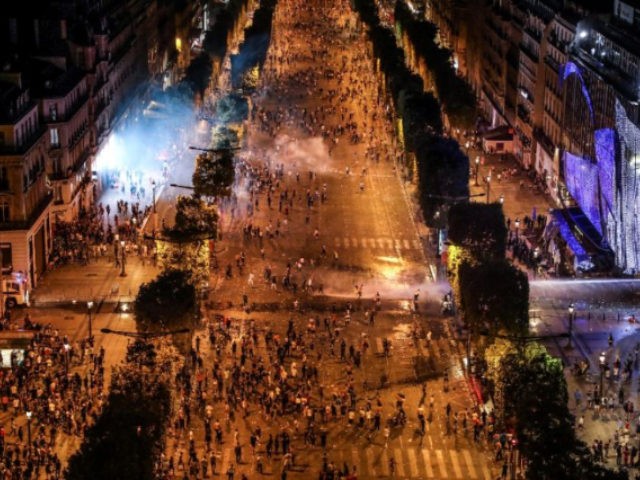 What Has Changed Over the Years in France?

Large White European Families: Movies to Suggest to Your Friends

Come from Scotland, proud European nationalist & supportive of a homeland for European people.